How times change! By times, I really mean trends. Not two years ago, I emailed a well-known promotional site for eBooks and asked if it was possible to have my short story, Edge of the World, promoted.

The site owner’s reply was swift and to the point: he did not bother to promote shorts because no one wrote or read them any more. His opinion was based on his long-term experience in the business. He advised me to offer a full novel as a free download. It did not matter that I was willing to pay the same price as I’d pay to promote a full novel.
Fast forward to the present. Go into the Amazon site and click on Kindle Store. Scroll down on the left panel to Kindle Short Reads. In parenthesis, you will see the number 1,194,877.  That is the number of short reads being offered by Amazon at the moment.  That’s right. There are over a million shorts featured on Amazon!

Two years ago, the shorts on Amazon were mainly offered by self-published authors on non-fiction topics such as do-it-yourself soap making, organizing projects, cooking recipes, etc. I wrote my first fiction short with the idea that someone who might not be tempted to spend $3.99 on my full novel, would test the waters with a free or 99 cent story.

I have found many readers for my novels in such a way. My short story Edge of the World is an intro into my Daniel’s Fork series. My recent Vampire, Not Monster is the prequel to Angel’s Guardian. Readers who read these shorts, often become fans of the full-length novels. Others find my work not to their taste, and move on without having incurred the expense or the time investment.
It seems that since that “experienced promoter” gave me his take on shorts, the traditional authors have discovered the value of offering shorts as promotional tools. A quick scan of the Kindle Shorts menu shows that Amazon sorts them into groups by reading time and estimated by number of pages: 15 mins, 30 mins, 45 mins, 1 hour, 90 mins, and two hours or more.
This is great because the reader might not want to invest three days on a book, but he or she might not care for a 15-minute read either. I personally like a two-hour read. If you want something to keep you busy on the commute train ride home from work, a shorter read might be your thing.
Now, go back and click on the “Two Hours or more” shorts (65-100 pages) and scroll down and over the next few pages. What do you notice? That’s right! Some of the top best-selling traditional authors are offering shorts.
As I write this post, the #2 listing is J.K. Rowling (Short Stories from Hogwarts of Heroism, Hardship and Dangerous Hobbies). A few covers down is Catherine Coulter’s The Resident Evil at Blackthorn Manor. A few more scrolls down is Debbie Macomber’s The Apartment. On the next page is Diana Galbalon’s Virgins. Other authors that you will find if you keep scrolling will be JR Ward, John Grisham, Lauren K. Hamilton, Craig Johnson, and many others. Short stories are not just for your high-school lit class any more. They are growing in popularity for many reasons. First, they do not require a large investment of time. Many of today’s readers like starting a story and finishing in the time it takes to get a suntan or ride a bus to work.
Next, short reads normally entail a much smaller cost, anywhere from free to $2.99, with your traditional authors pricing them a few dollars higher than your self-pubbed ones and rarely offering free downloads.
A short is also a great way to test the author’s style and quality with little investment on your part. I always know whether I like the author or not, or if the series is one I want to read, after reading only a chapter or two.
My own short story Vampire, Not Monster introduces two important characters from the Angel’s Guardian novel, and it gives the reader an over-all feel for the series. If you don’t like the short, you will probably not care for the novel.

Finally, shorts provide extra material that often could not be worked into a complete book. Often, the story develops a side character that fascinates us; one we want very much to see again. An example of this is the short  Father Mine by JR Ward. The main characters are the vampire warrior Zadist and his mate Bella. These characters already have their own novel, but I wanted to see more of them. This story is one of my favorites because it fits seamlessly into the long series. 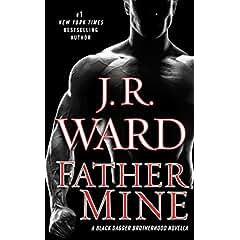 This is not limited to just Amazon. The Smashwords listings and many other sellers are also crowded with short pornographic work masquerading as “erotica.” Please, do not let this be an obstacle. Scrolling down is easy and costs nothing.
Many of the short reads are non fiction, not short stories. Many are manuals. For instance, there are shorts on recipes, Temple Run secrets, wilderness survival, Twitter use, blah, blah, blah. There is even a short on how to make your own Cannabis extract. Still, this is not bad because whatever your taste, you’ll find something to suit you.
Below are some FREE and $0.99 short reads I thought you might like. Most are Amazon links but not all. I chose stories with good reviews and some by authors whose work I like. My own Edge of the World is there too. Enjoy!